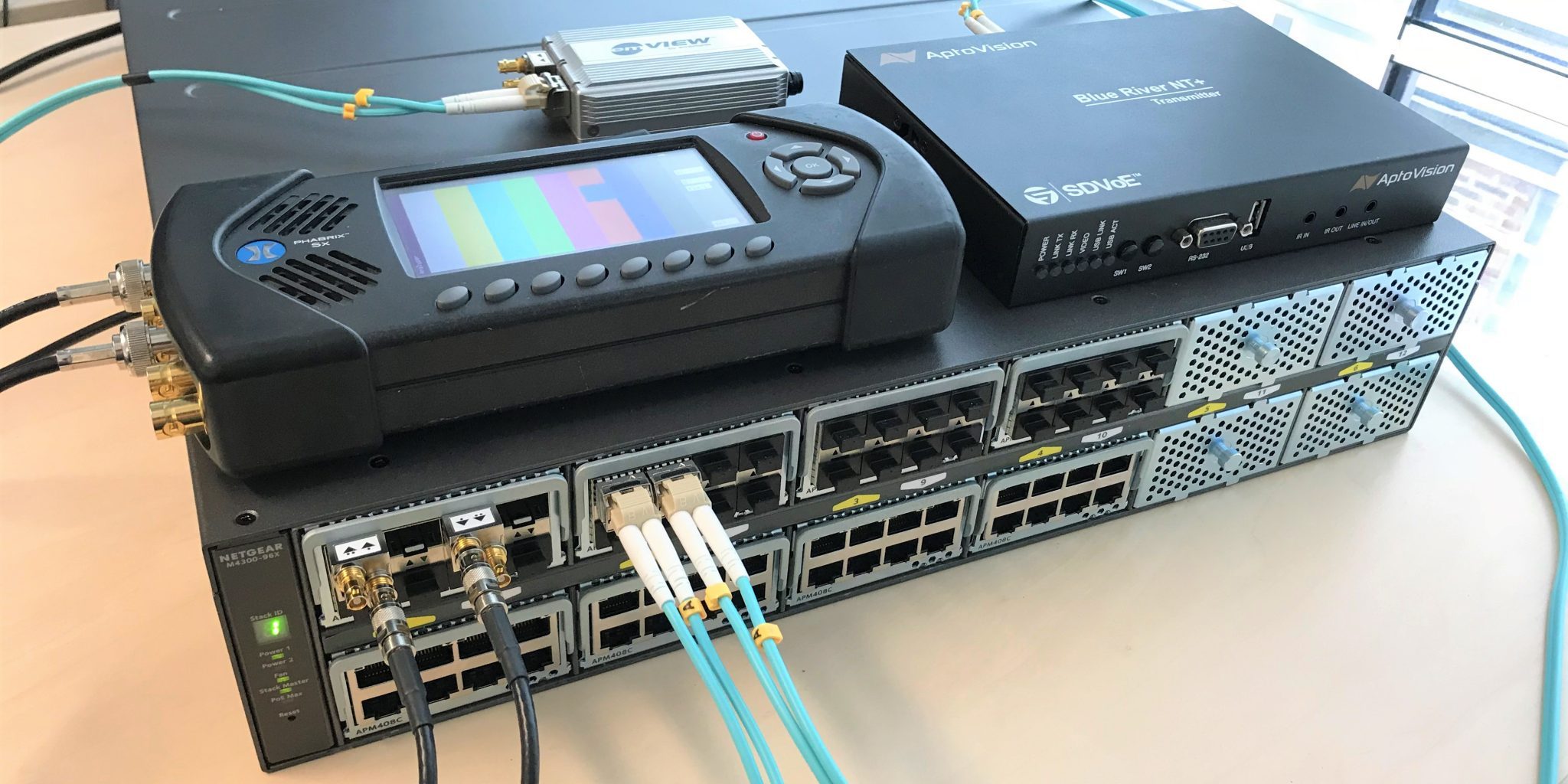 The latest demo exhibited by L2Tek showcases transporting SDI or HDMI over IP. For a proAV environment the above set up utilises Aptovision’s Blue River NT+ taking up to 4K HDMI2.0 input and connects through a Netgear switch, using uncompressed 10GBaseT protocol. As for a broadcast setting L2Tek has connected up Embrionix encap and decap SFPs, and an emView, which accept an SDI signal and output IP. The IP signal is then again routed across a Netgear switch using uncompressed 10GBaseT protocol. A Phabrix SxE, a portable generator/analyser for SDI and physical layer testing, is used to generate and analyse a 3G SDI signal and is connected up to the setup using BNC to microBNC cables from Cambridge Electronics.

The purpose of this demo was to showcase Aptovision and Embrionix technology, but also to test the Netgear switch. The Netgear M4300–96X modular network switch worked seamlessly out of the box with Embrionix emSFP for both 2022/6-7 and ST2110 video transport, and Aptovision’s Blue River NT+.

Netgear are part of the SDVoE alliance and have worked closely with AptoVision (a division of Semtech) to ensure complete compatibility with their HDMI transport solution.

The modular design of the M4300-96X supports both 10GbaseT and SFP+ interfaces and “at around $100 per port, the Netgear M4300-96X looks to be a really useful switch that could fit well into a number of broadcast and pro-AV applications.” according to Mark Scott-South, L2Tek Director.

For further information on the above demo, or any of the suppliers and above mentioned components please get in touch via the ‘Contact’ page linked below.