Annual semiconductor unit shipments will grow 9 percent in 2018 and top one trillion units for the first time, according market analysis firm IC Insights.

Shipment growth has been consistent over the period with two major aberrations; the correction in 2001 after the dot-com bubble burst and in 2008-2009 after the global financial meltdown. 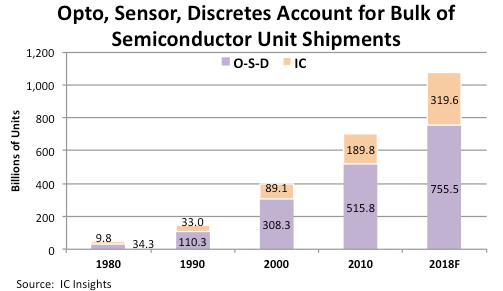