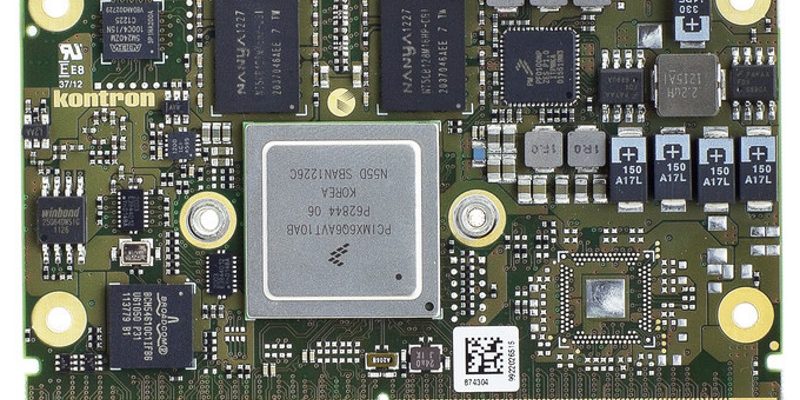 The final Version 2.0 of the Smart Mobility Architecture (SMARC™) embedded computing format was announced by Standardisation Group for Embedded Technologies (SGET) SDT 0.1 in June 2016. In just three years, SMARC™ has proved to be an innovation boost for the ultra-low power embedded market and it is this rapid success which has largely contributed to the requirement for Version 2.0 in a relatively short period.

While SMARC™ was born out of the necessity for further development of Computer-on-Modules (COMs) standards for energy-saving ARM System on Chip (SoC) processors, Intel subsequently improved the power efficiency of its processors with Atom-based SoCs and allowed x86 architecture products to also benefit from the SMARC format. Consequently, SMARC modules have rapidly emerged as scalable building blocks for enabling an entire new generation of embedded computing applications.

Aimed at manufacturers of COMs, carrier board and system developers requiring SoC-based ultra-low power COMs in miniature format, the area of application for SMARC™ modules is continually expanding. From solutions in the automation market to graphics and image-centric devices which also require extremely low energy consumption and have to withstand extreme environmental conditions. The modules also serve as building blocks for very small portable handheld devices as well as for larger devices where consumption must not exceed a few watts and the computing power has to be particularly high.

KONTRON AND THE SMARC™ CONNECTION

Of course, Kontron is no stranger to SMARC™. As part of the SGET manufacturer-independent initiative, Kontron has always played a leading role in its development going back to 2012 when the company completed the original SMARC specification under the working title Ultra Low Power Computer-on-Modules (ULP-COM).

Looking back, it is remarkable how smoothly SGET was established and able to quickly eliminate the usual standardisation bottlenecks. Clearly market demand played an important role in this, allowing the embedded market to benefit from an additional standards body for contributing to innovative specifications, and totally capable of bringing new standards to market within just a matter of months.

With the SMARC™ standard in place, Kontron was quick to address pent up market demand by launching in 2013 its first highly scalable SMARC™ module families with ARM SoC processors including the Freescale™ i.MX 6, Texas Instruments Sitara™ 3874, and NVIDIA® Tegra™ 3. These enabled developers to begin work immediately on engineering innovative ultra-low power devices.

In fact, the smooth ratification of the SMARC™ standard also underlines Kontron’s power to innovate in its role as an international technology leader and as a ‘standardiser’ of COMs. With over 15 years of experience in the development of COMs, Kontron has always provided extensive support along with notably long term product availability, allowing industrial customers, partners and module manufacturers to profit from the high level of investment security available.

FIRST TO MARKET WITH x86 SMARC™

Further success came in February 2014 when Kontron introduced the world’s first ultra-low-power SMARC™ Computer-on-Modules with Intel® Atom™ processors E3800 series. This was significant as at that time only ARM processors had been available and therefore the new launch opened up completely new possibilities for developers in terms of the form factor’s scalability, software re-use and compatibility.

Now firmly established, Kontron’s SMARC-sXBTi Computer-on-Modules off er excellent graphics, high processor performance and x86 compatibility on the smallest SMARC™ footprint combined with very low power consumption (5 to 10 watts). Both the flat profile of the module and its mobile feature set are tailored for the smallest portable handheld devices. The modules can, however, be deployed in any application where power consumption has to be kept at just a few watts but high-level computing and graphics performance are required.

In order to assess the changes to the SMARC™ standard it is necessary to first take a step back. Utilising the proven Mobile PCI Express Modules (MXMs) edge connector, SMARC™ was originally established to define two sizes of modules a full-size module that measures 82mm by 80mm, and a short module for more compact systems measuring 82mm by 50mm.

[mk_blockquote font_family=”Roboto” font_type=”google”]SMARC™2.0 – why the changes? “SMARC™ 2.0 enables us manufacturers to make more sophisticated products for our customers, so we can create together the IoT applications of the future.” Martin Unverdorben, Chairman at Standardisation Group for Embedded Technologies (SGET) and Product Manager SMARC at Kontron AG.[/mk_blockquote]

In contrast to the PCI Express focus of COM Express, SMARC™ provided the flexibility for handling different types of video and graphics output, serial buses, general purpose SPI, client and host forms of USB, serial and parallel camera interfaces, and support for standard fl ash-memory card formats such as SD and eMMC.

Today, however, the SMARC™ connector’s 314 electrical contacts need to support and provide compatibility with not only ARM, but also x86 two distinct SoC architectures. With ARM, for example, the connector must guarantee a high degree of signal integrity as required by the high-frequency serial interfaces, as well as support a parallel TFT display, MIPI display interface, camera interfaces, multiple SPI links and SDIO interfaces. At the same time it must offer full compatibility with X86 requirements such as many USB and PCI Express lanes, LPC bus and more!

In response to this challenge SGET has been able update the original specification based on three years’ valuable market feedback from a broad range of developers and users.

As part of its policy of continuous improvement this has culminated in various modifications and enhancements to be included in SMARC™ 2.0 (as shown in the box out below). Furthermore, some interfaces which were rarely used or considered as almost outdated, have been removed from the specification including the Parallel Camera Interface, Parallel Display Interface, PCI Express Presence and Clock Request signals, Alternate Function Block, SPDIF, one I2S (out of 3) and eMMC interface to the carrier.

Undoubtedly, SMARC™ 2.0 will be the basis of many innovative and sophisticated applications over the next few years and Kontron, as one of the world’s leading embedded computing technology manufacturers, fully intends to remain at the forefront of SMARC™ innovation. The company already has Version 2.0 product introductions scheduled for late 2016 and these, like all current Kontron embedded boards and controllers, will be Internet of Things ready and benefit from deep software integration.